Hope Village to Open in Muskegon 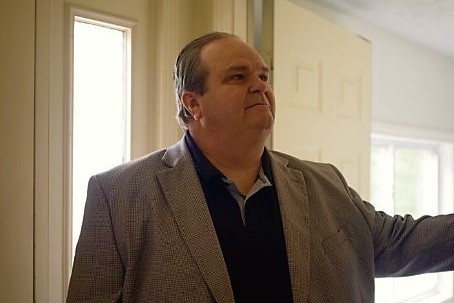 Posted at 10:39h in Human Trafficking in Michigan by Lauren Schultz

Jeff Martineau and his wife Sue, who first founded anti-trafficking organization The Hope Project, are now working to open a group home in Muskegon that would support survivors of human trafficking.  The Martineaus are deeply dedicated to supporting survivors, but need help to finance their project.

MUSKEGON, MI — Jeff and Sue Martineau have spent 10 years of their life fighting for a cause that few know exists.

“We’re here for the long run,” Jeff said. “I don’t envision myself ever not working on this issue. Not until they bury me.”

After a spiritual experience, the pair founded The Hope Project, a faith-based Muskegon organization dedicated to helping survivors of sex trafficking while raising awareness. The organization is raising funds to finish a project that would open one of only three residential rehabilitation home for survivors in Michigan.

A lack of donations and public understanding that sex trafficking happens locally has pushed their plans back several times. Though the building is functionally complete, another $300,000 is needed for licensing. Once open, it will cost $510,000 each year to house six girls and pay six staff members who need to be on site at all times.

To raise the funds, Jeff plans to start a capital campaign, but the setback is indicative of a constant uphill battle to finance their ambitions. Jeff and Sue are optimistic their Hope Village will open its doors by 2017, but they hoped to finish the project much sooner.

Access to limited resources means The Hope Project needs to choose between the home and offering counseling for a swelling caseload of survivors.

All ongoing cases are mostly handled by one person, Director of Programming Sara Johnson, who joined The Hope Project when she learned sex trafficking was happening in her hometown.

“It is a challenge to keep up with all of the cases,” she said. “We are a tiny organization with huge dreams and we are going through growing pains. Eventually, we want to hire more staff to help with the caseload so we can be more effective.”

The majority of survivors Johnson works with are from Muskegon County or were trafficked in the county, Koch said. Connecting them to people who have been through similar situations is an important part of rehabilitating people who have left the sex trade.

“One thing we hear from our survivors is how important it is to talk to someone who doesn’t judge them, who listens so they don’t feel alone in all of this,” Koch said. “Unfortunately, there are just not enough organizations around the state that do this kind of work, but they are growing.”

Muskegon Police Officer J.L. Dibble, who is also on The Hope Project’s Board of Directors, said residential programs are important because some survivors come from unsafe home environments or are disowned by their family when they learn about their forced prostitution.

Foster care and other non-specialized social services aren’t equipped to help survivors of sex trafficking but will be able to refer them to a safe bed at Hope Village.

“A lot of the beds in shelters for teens can only be held for so long, and if the parent doesn’t want them they go to foster care,” she said. “Our homes will give them someplace safe to go where they have access to counseling, can get back into school and have a support network around them with people who know what they have gone through.”

When The Hope Project formally began in 2006, there were less than 50 beds available in specialized treatment centers nationally. There are only two others in Michigan, The Manasseh Project in Grand Rapids and Vista Maria in Detroit.

Vista Maria offers 16 beds while The Manasseh Project offers 12 beds, but Koch said many more are needed around the state, as some girls need to be moved from the area they were trafficked in.

In 2013, the Illinois Criminal Justice Information Authority conducted a national survey of residential programs for victims of sex trafficking to provide information to service workers across the country.

It found 37 programs were open with a total of 682 beds, however 28 states had no residential programs at all. Jeff said the biggest barrier to opening new homes is the cost.

“There are so few because it is so expensive,” he said. “People think it’s easy to raise money. I’ve probably ran into 100 people who want to open homes, but it’s one thing to have the heart to do it and another thing to actually be able to.”

At Hope Village, a single 2,600-square-foot home with four bedrooms, three bathrooms and a classroom facility will treat up to six 11- to 17-year-old girls at a time. Treatment programs offered from Hope Village will use a holistic approach to rehabilitation, including counseling, education, mentoring, recreational therapy and case management.

Eventually, the group hopes to build two more homes for up to 18 girls, as well as a transitional living location for those who are not ready to move into the community.

Johnson said it won’t happen without community support, which makes raising awareness as important as treating survivors. The Hope Project has reached tens of thousands of people while trying to legitimize the issue through awareness events, panels and forums. This year, a new team of Hope Project ambassadors will also visit classrooms across West Michigan.

Running the organization has cost the Martineaus money, stress and their retirement. But their dedication comes from a deep wellspring of faith and the belief that God called them to action.

Sue said one morning a decade ago, she woke up and felt a heavy burden to reflect on victims of prostitution in the Bible. For six hours Sue said she wept and thought of people across the world forced into sex work.

Then, she came to a realization.

“During that time, I felt the word hope would stand for three different things,” she said. “Houses Of Prostitution Emptied, Houses Of Promise Entered, which would represent rehabilitation homes, and Houses of Prayer Entered.”

She was convinced. Jeff wasn’t.

“I was still in denial,” he said. “I had other plans for my life and quite frankly, dealing with a bunch of sex-trafficked kids wasn’t in the picture.”

It took a year and a similar moment of faith for Jeff to commit, but once they were all in, the Martineaus began researching the scope of the problem in the United States. Through a friend, Jeff made a connection with the FBI, who invited them to a seven-day program in Washington D.C. for law enforcement agencies.

Jeff and Sue said they weren’t prepared for what they saw.

“It was all top law enforcement from all over the country, like the LAPD and Miami Vice, and then us in the back corner,” he said. “I don’t even know if we were supposed to be there, it was really meant for people used to already seeing and hearing these things. They interviewed traffickers on how they groomed the girls and prepared them. It was pretty serious.”

Jeff said it was a sleepless week after the conference, but they returned to Michigan with new purpose.

“They were talking about the dire need for beds,” he said. “The problem was so huge but there aren’t beds for these kids and they actually directed to us: if you’re going to do something, figure out how to put beds together.”

Though they are primarily funded through donations, Sue manages the Hope Chest Resale Center, a thrift store on 185 W. Laketon used to raise money for anti-trafficking programs. The store has weekly sales on clothing and furniture donated by the community.

To donate or learn about a multitude of volunteer opportunities available, visit The Hope Project at www.hopeprojectusa.org. The Hope Project is a non-profit organization, so donations are tax-deductible.

If you suspect someone you know is a victim of human trafficking, call 1-888-373-7888 to be connected with a representative of The National Human Trafficking Resource Center. The center is a national, toll-free hotline, available to answer calls from anywhere in the United States, 24 hours a day, seven days a week, in more than 200 languages.

View the original article on MLive.com.